About the iPad Pro

Yesterday, Apple announced the iPad Pro, my first thought of course was, "why?"

The tablet market has been sliding for a while now, thanks to the normalization of larger and more capable smartphones. Apple famously said their original 3.5" iPhone form factor was "the perfect size", and that remained the party line until after Jobs' death. Shortly thereafter, Apple made the iPhone bigger, and then created a extra-large edition to compete with the likes of the Galaxy Note in the iPhone Plus. For a lot of people, there seems less a reason to carry a smartphone and a tablet and a laptop today. Our phones are now just large enough (and have been for a while if you're an Android user) to make the tablet seem...superfluous.

Tablets actually did make sense for a while. They were cheaper than smartphones and could be easily purchased without an expensive contract. The larger screen allowed a much larger battery and thus a longer run time for games and watching movies. The tablet was also large enough that you could use it for light productivity tasks such as email, reviewing documents, or chat. They were popular at conferences for a few years as a lighter, more power-miserly alternative to heavy and power hungry laptops.

As tech advanced, laptops got smaller, dropping the bulky optical drive, the power hungry spinning-disk drive, and greatly refining the power efficiency of the x86 CPU. Smartphones got bigger, their screens got better, their costs got cheaper. Suddenly, the unshakable iPad was being squeezed out on both sides as an unnecessary toy. One of the biggest problems with tablets isn't their size or specs, but their operating system. iOS and Android are not great OSes if you want to get actual work done. Neither run a full version of Photoshop. Neither can run an IDE or run Docker or Vagrant. For a while, even working with Microsoft Office documents was an exercise in incomplete support, limited UIs, and other pain points. You might as well just use your laptop and carry only two devices.

And then we came to the iPad Pro.

The Pro breaks a lot of the rules Apple had set for itself over the last several years. It's a behemoth at almost 13" diagonal, and key accessories include a keyboard and a stylus. Microsoft tried to create a new hybrid category with their Surface line for the last three years. The first attempts were less than stellar, but the Surface 3 line is a significant improvement and I began to see them in place of laptops at several conferences. Touch devices are becoming normalized, with it much more common outside of the Apple bubble due to Windows 8 and 10. Mac OS X, however, still has no touchscreen support. With touch becoming the new normal, Apple really has three choices:

Option 2 is the most interesting, as it breaks yet another unspoken iPad rule: iPads are consumption devices, primarily. The reason, as Microsoft finally proved, wasn't the form factor. It was the operating system and the lack of key productivity applications. That would have remained the case if it weren't for yet another departure from the old tech guard. When Ballmer left Microsoft, the company began to break so many of it's own hard and fast rules. No longer did everything have to be on Windows. Office for iOS was released, finally bringing official support for its ubiquitous file formats. iOS also evolved and included dual pane displays (never mind that Samsung got there first with the Note 3, or that Windows 8 had this functionality out of the box). Now, starting with the iPad Air 2, you could run two applications on iOS side by side. A huge gain for productivity!

The iPad Pro broke yet another rule in pursuit of productivity. The Apple Pencil isn't unlike smart styluses that have been around for the better part of three years now. Jobs' famously ranted at the original iPhone unveiling, "Who would want a stylus!?" At the time, the rant had a different meaning. He wasn't referring to that came with your Wacom graphics tablet, he was referring to the inert piece of plastic that was included with Palm devices, and some gaming devices like the Nintendo DS. The stylus was necessary for accurate use on resistive touchscreens which were common until the iPhone popularized capacitive touch. Apple wasn't the first to create smart styli that were pressure aware, Wacom and other companies have been selling products like that for the better part of three years now. As an occasional artist, I can't tell you how many times I wished a tablet had a proper, pressure sensitive stylus with palm rejection. It would make drawing digitally much, much more straightforward.

Finally, size. I actually don't have much of an opinion on the size of the Pro, joking aside. The last several years have taught us that our notions of what is the perfect mobile device side are highly personal and context dependent. There is a sensible range of marketable device sizes, but no perfect solution for everyone as a white male Californian once suggested. I'm much more interested in iOS becoming a more useful OS to compete with the likes of Surface and other hybrid devices. I'd love to see Android take up this path as well, niche products like the Asus Transformer notwithstanding. Unfortunately, this won't happen unless the OS itself becomes less strict.

We know that Android devices in general give you more spec per dollar than Apple devices. That's one of Apple's greatest wins. They sell a premium product, with lower specs than the competition because iOS is well tuned to the underlying hardware. This also includes one thing that murders greater productivity on mobile OSes, you have to write iOS code. While there are workarounds for games that enable multiplatform development, most other productivity software makers don't have the time or resources. You won't see PHPStorm on iOS because you'd have to write a new application from scratch. To support more productivity applications, Apple would need to provide more than one way to write applications. With that, the precious vertical integration that keeps iOS so resource miserly is gone. This would undercut the much admired profit margin of iOS devices and prompt Apple to bump up the specs. So what we have in the Pro is a gamble. Apple is trying to sell the device on productivity, but without having to make the multi-API compromises it already allows on Mac OS X.

In the end, I hope the iPad Pro does well enough. I doubt it will be a grand success, but it may be the harbinger of unification of iOS and Mac OS X. I also hope that it will inspire other OEMs to reconsider Android productivity, and create new hybrids and smart styli (Android M will have stylus support out of the box) so that mobile devices will be for more than just quick emails and music. 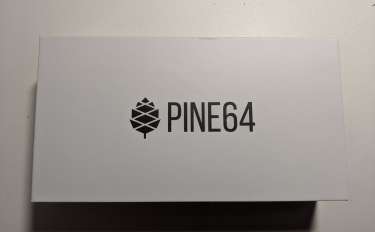 "You shouldn't need a case"